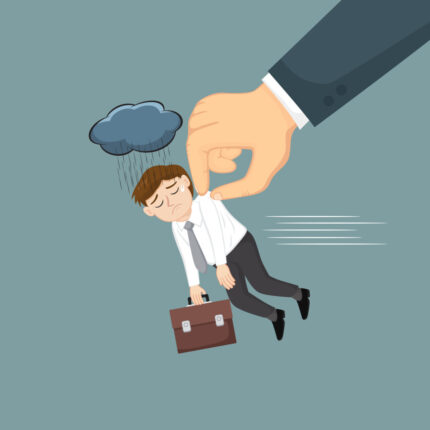 This catch phrase is central in a global debate, but even relevant in the formation of a new government in our own country. Will this lead to a political and financial turnaround that so many have written about in recent years? This call to curb the market, which was leading, among other things, to an undesirable distribution of wealth?

In recent months, we have seen major government interference in China, the country where entrepreneurs had virtually unlimited freedom for years. After Alibaba’s CEO Jack Ma had criticized the slow moving state-owned banks as being too rich and powerful, he disappeared for a while, only to return after receiving a billion-dollar fine. Making money is allowed in China, but not too much and better to bear in mind who’s the boss. And in the Party’s new 5-year plan, the common employee needs to get a better deal, so adjust the salaries! That was quite a cold shower for the Chinese stock market: since February, it dropped 20-30%, especially the large tech companies. August was another hectic month there (see chart below shown in US dollars).

Will that also be the outcome of more government and less ‘market’ in other markets? Strangely enough,  markets where dominated for years now by governments and sometimes has little to say for themselves anymore. If a potential home buyer complains that there are always others stealing the house away from him or her, he or she should talk to a pension fund bond manager. In Europe, the US and Japan, he has seen for years that central banks are buying up most of the available government bonds. But one seldom hears a politician complain about this but rather: isn’t it great to have negative interest rates on national debt. Just increase the corona package even further, it costs almost nothing!

And yes, by now we know where all that cheap money and stimulus led to: together these lead to greater wealth-inequality, but above all to higher inflation. The latter is perhaps the most painful, because inflation always hits the poor harder than the rich. Food prices, for example, have risen sharply in the past year. You and I did not notice that much, politicians do not (want to) hear about it, but in developing countries rising food prices are a sensitive issue.

More government, less market? On the contrary, central banks are already moving in the other direction: all financial eyes have been on Jackson Hole, Wyoming, recently, where central bankers gathered. The Fed wants to stop the US$ 120 billion monthly bond purchases in a while: an inflation rate of 4-5% has become too much. The Bank of England came to this conclusion before. The Bank of Japan does not dare to stop yet and the ECB does not want to give up their purchases. But the  ridiculous disruption of bond markets will come to an end.

Less government, more market? Would it be a blessing if this became a reality in financial markets? Politicians must first forget the current, unrealistic money-for-nothing environment. The same applies to citizens: there are already countries with negative mortgage interest rates(!), such as Denmark and Switzerland. Hopefully the ridiculous disruption in the housing markets will also pass.

A return to somewhat more normal, but probably low interest rates for the years to come, will also have consequences for valuations in financial markets. (Which is why we lowered our equity weighting a bit more last month.) As a result, wealth ratios worldwide will probably become less extreme, just as politicians wanted it.

Still, many politicians in the current zeitgeist may still wish to make a statement and might give wealth differences an extra crank down. The larger connection between the result of monetary and fiscal excesses often escapes our politicians and so they might soon increase taxes a bit more. So perhaps we get even more fiscal intervention whilst monetary authorities take a step back.

In the meantime, I expect for more government and more market to protect our planet. Give CO2 emissions a price and if other countries do not follow, settle them at the border. Because otherwise one would import cheap, but heavily coal-fired products, for example, and this distortion of competition will destroy our planet even faster.

But CO2 is just one example: make citizens and companies pay for all kinds of environmental damage, which are currently not priced. I’d call it a regulated market mechanism. More government, more market forces and more environmental protection. It is possible, in fact, it has to be a joint effort to make it effective.

And this much-discussed ESG policy, E ‘only’ stands for Environment. We have not even mentioned Social and Governance requirements for companies and countries. We cán hold companies that allow social abuses to continue, to account and even exclude them from our investments; a hefty fine however often helps more quickly. Really, put a price on bad behavior and the behavior will improve.

In governance issues, the behavior of the IMF has recently stood out. The IMF casually provided a US$1 billion loan to Lukashenko’s Belarus. Whether it was a dictator who completely violates human rights? How so? No, that’s not the IMF’s responsibility…?

Is more government the answer? No, but a government that encourages good behavior and punishes bad behavior and does not hand over our tax money to dictators, is. Public authorities, whether in the form of a national or international body, can – with the right incentives – produce a more bearable picture of the market outcomes. And at the same time tackle the major social problems of our time.

With this challenge constantly in mind, we continue to concentrate on our investment policy to keep it promising and sustainable.

PreviousThe final rounds have begun!
NextEverything is temporary… even stagflation?
Back to overview