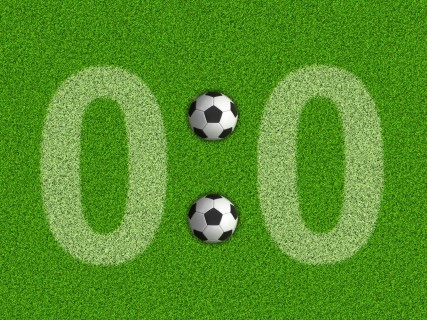 The final rounds have begun!

We have now reached the final rounds of the interest rate competition. The heat is on, it gets exciting, because who will be the first to admit that the inflationary pressure is getting too much for him or her? Who blinks first? In the group matches there were already countries that dropped out and loved it all: Canada, New Zealand and Norway: they indicated that they have had enough of it and that interest rates will be raised soon. But what did the winners of the American and European pools, the Fed and the ECB, do? Together with Japan, these are really the finalists, who have the final, last word.

The Federal Reserve held out for months, but faced with 5% inflation and a tightening labour market and another round of wage increases, they threw in a small white towel at the beginning of May: perhaps they should start ‘tapering’ a little earlier, phasing out their bond purchases. And that a first interest rate increase could perhaps take place a year (or two…) earlier. This led to the necessary turmoil in the US bond market, where short-term interest rates rose but fell for very long maturities: this flattening of the yield curve is clearly visible below. And Tech stocks, which previously suffered from the rate hike, bounced back in no time 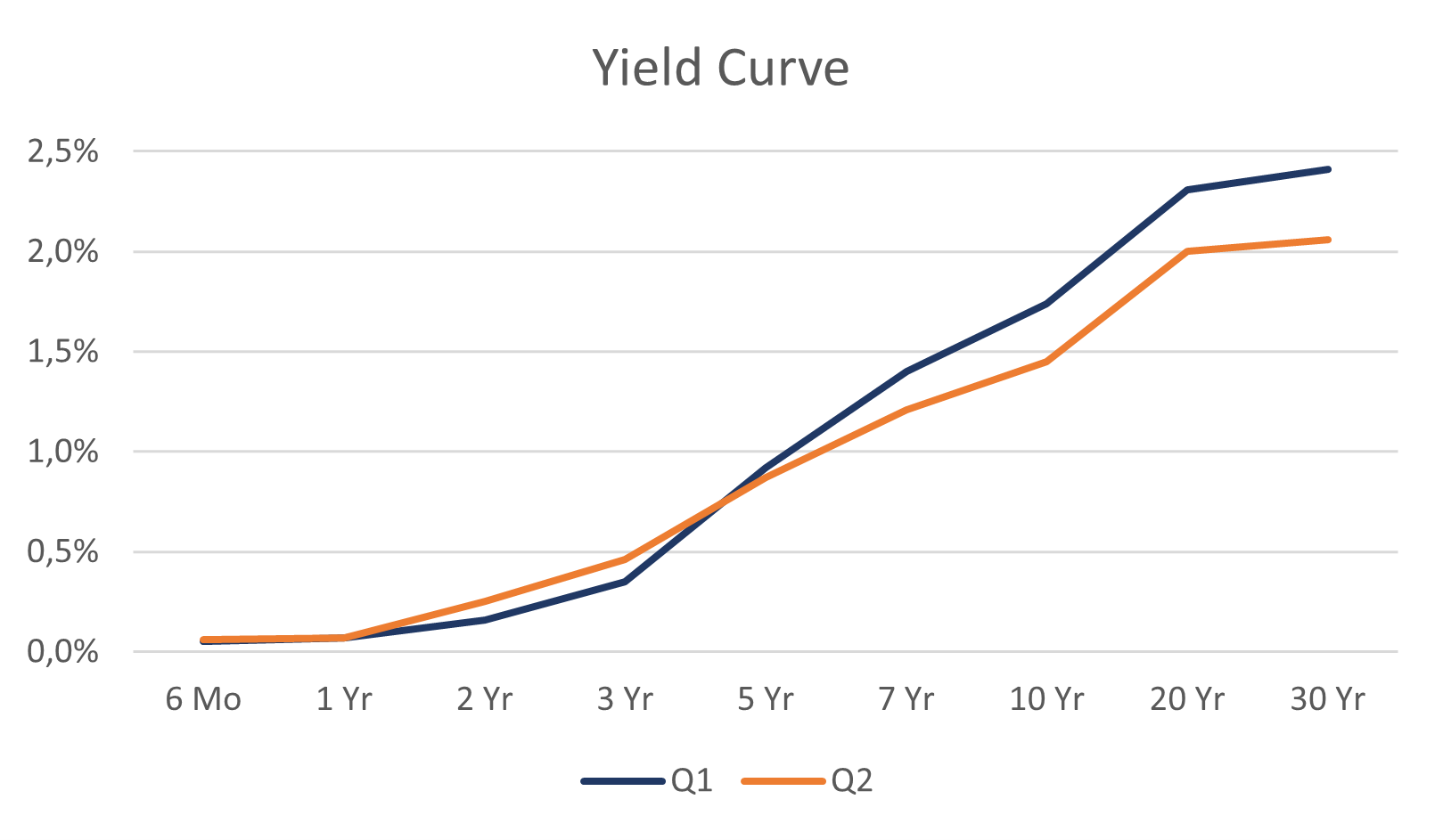 The other finalists, with the ECB leading the way, bravely persevered. There is no question that we would want to reverse our bond purchases nor the low interest rates, was the firm reply from Lagarde & Co. As a result, the Euro immediately lost value against the dollar, because in the US there is some prospect of a rise in interest rates. See the chart below for the dollar exchange rate: the trend from the middle of last year, that more and more dollars were needed to buy euros, seems to have passed for a while.

But the game will also continue within Europe. Denmark is already two rounds ahead: here you even receive interest on your mortgage. And all this just to suppress the value of the Danish krone against the euro.

Meanwhile, the Bank of England is pretending all is well, but its outgoing chief economist warns of a 4% inflation rate later this year. British interest rates are already slightly higher and we all know how difficult it is for England to perform really well in final rounds. Finally, take a look at the Spanish or Italian interest rate levels: they have never been as low and especially the latter I give the best chance of winning this game. Thanks to the ECB, by the way, who kindly assist her from Frankfurt.

Equity investors scratched their heads at the (small) white towel from the Fed: would the party with all the interest rate drugs really be over soon? Cyclical stocks, which had just rallied strongly in the previous months, got hit but recovered when the Fed insisted that things would not be going so fast after all. Still, the genie seems a bit out of the bottle. Every new inflation figure is viewed with suspicion and as tough as our central bankers pretend to be, they really are not. Practice seems to have won over theory for a while, to come back to my previous newsletter.

Who reacts rationally: the government, the citizen or the business community?
Equity investors were shocked for a while, but eventually lifted markets slightly higher. Companies are complaining about shortages of raw materials and upward price pressure: seldom has economic activity been so exuberant, because much is simply not available. When large companies such as Unilever and Procter & Gamble announce that they will have to increase their prices across the board, you know it is serious.

But do not fool citizens either: there is a global run on houses, it is no longer a local phenomenon. The ridiculously low mortgage rates are just as much like a drug: it puts people in a daze as if there is no tomorrow… And fear of inflation and of missing the boat does the rest. And oh well, the famous cold turkey will come later, but we will see it when it comes.

And so I was reminded again of the rational investor’s principle, as we were often taught at university. I did not believe much of it then, and I do not believe it at all anymore: if even central bankers barely react rationally and no longer try to curb inflation, how can you expect citizens to remain composed in their search for a house? Houses, which our central bankers made so attractive to buy…

Too bad we do not have a picture of this by now famous house in Canada, 1,5 hours drive from Toronto where a selling process got dramatically out of control.  So many visitors came by that many cars sank into the mud and had to be towed away. Where the ‘winner’ had dug himself deeper and deeper into the swamp and paid double the asking price…

Last Saturday’s interview with Klaas Knot, president of the Dutch Central Bank (DNB), was very telling. He strongly disagreed with the ECB’s policy and is concerned about inflation and house price increases. But it was clear how he was being overruled by Lagarde et al.: he could do nothing but complain in the press and put pressure on the Dutch Government to further limit the (fiscal) mortgage interest deduction.

Ultimately, companies will react more rationally than citizens: they will not play Santa Claus and simply pass price increases on to protect their profit margin. And as a result, inflation results in higher interest rates. Higher interest rates, yes, but no one knows exactly when a central bank will capitulate which may take longer than one expects. With the exuberant growth and the reopening of economies (the delta variant included), we are more cautious with bond investments than with equities, although we are slightly underweight equities.

We still prefer Value over Growth and private assets, such as private debt over ordinary bonds. And real assets, such as infrastructure because of the (partial) protection against inflation.

For the moment, the final rounds have not yet been completed: I am counting on various draws and match extensions. If that is not enough, it is often up to the markets to hand out penalties and bear the consequences. The main question is whether central bankers are willing to let this happen.

We promise to keep a close eye on the end game for you and not to stand idle on the sidelines. If we have to come in, we hope to do it as a goalkeeper.