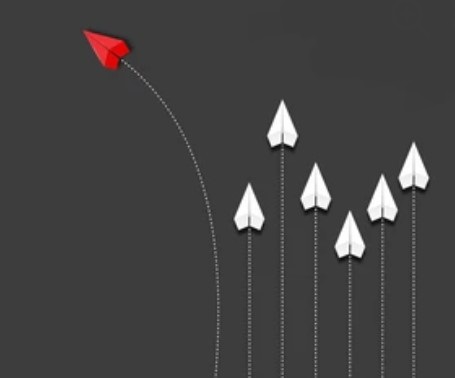 Have you ever experienced normal financial markets, and if so, what was it like? You might then say, “yep, I remember when interest rates were 4% and stock markets had a price-to-earnings ratio of 12-14. With moderate growth and an inflation rate of 2%…. That is to say without war or pandemics.

That seems like a long time ago. Long before central banks made a mess of things and flooded us with money and interest rates that were far too low. When many got ahead of themselves in the stock market and the housing markets overheated. Of course, we’d ‘like’ to see both markets normalize, but whether that will happen without a hitch? May was another very volatile month, with much fear and trembling, especially for bond markets, for growth stocks and all the more speculative market segments.

Still, for the first time since November, we have been seriously bargain hunting. Not because the war would soon be over and the feared shortages of oil, gas and grain would disappear like snow in the sun. Nor because fears of inflation and interest rate hikes would suddenly subside. Or that the almost global squeeze on labour markets would be over and wage growth would ease? Nor because waning consumer confidence would suddenly have received a boost. After all, citizens are seeing their real disposable income drop. So, no, in fact there is little to cheer about yet.

But why have we halved our underweight in equities? The crux of the matter lies in the valuation of equity markets and the capitulation of investors in mid-May, which then pushed stock markets down by percentage points at the time. Take a look below to see how the most battered stock market, the Nasdaq, with all its growth stocks, fell in valuation.

We bought a second tranche of shares in a global Theme Growth fund, which we informed you about earlier. We also bought European shares. We did this out of cash, of which we had enough available.

Of course, you will now say: one could act on these lower price-levels, but what do we actually know about corporate profits? After all, if they were to fall as well, would not their P/E ratios come down and their shares even less attractive? Indeed, all sorts of companies, including those in the technology sector, have recently shown at least hesitant earnings figures. Economic growth is slowing, even stagnating in some regions, but in general there are no signs of profit decreases yet.

Risk of stagflation not yet eliminated

Last month I even wrote to you about stagflation and this danger has certainly not been eliminated as long as the sad war continues. Although OPEC is going to produce more oil, it doesn’t seem to be enough to compensate the boycott of Russian oil. Equally, a deal with Iran still seems far away. For now, the oil market seems to remain tight. Moreover, Russia is turning off the gas tap to more and more countries.

Central banks may also overshoot their policy of monetary tightening to curb inflation and help us from bad to worse, towards a recession. But it is still too early for that. With interest rates still very low, you do not just squeeze the world economy. China, the world’s largest workshop, was a bottleneck for a long time through its corona approach, but fortunately they are now unlocking their economy.

Housing markets are set to cool down globally

Where the monetary squeeze already seems to be having an effect is on the housing market. In both the US and Europe, mortgage rates have mostly doubled in the past six months. This is starting to be felt. A cooling of the very labour-intensive housing and construction sector creates space in a completely dried-up labor market and can thus moderate wage growth over time. This policy is not entirely without risk, as most people have the bulk of their assets in their own homes. If too large losses occur there, and above all too quickly, it can have consequences for consumer confidence, which is already under pressure. Central banks therefore need to operate cautiously here as well in order to limit the risk of economic growth declining too sharply.

We bought additional shares and saw prices subsequently rebound and end the month for a result of approximately -1.5%.  One would almost think that not much had happened. Incidentally, given all the issues, we would be surprised if we suddenly found ourselves in calmer waters. We are still somewhat cautious and aim to continue buying shares at lower levels.

In bond markets, prices also went all over the place, but on balance fell, due to further rising interest rates. We remain cautious here and foresee a process of several years, during which interest rates will normalize. But we do not know exactly what will eventually be ‘normal’ either. All we know for sure is that we have had an abnormal period behind us and that the current normalization process (no more free money) will hurt.

Negative savings rates soon to be over

On the other hand, we are relieved that savers will soon be liberated from the current negative interest rates, although you will not hear us cheering at 0% interest rates, perhaps later this summer. You know that our ambitions for returns are much higher, such as in Private Debt and alternatives to bonds in the form of factoring and consumer loans. We also note that our other non-liquid products, including Infrastructure, are doing well with positive results this year.

Finally, is a year with predominantly negative results normal? Yes, unfortunately it is, in this period of inflation and interest rate increases and after all the capital gains of the past few years. But it is not funny. Fortunately, the majority of our portfolios are falling less than the benchmark, the measuring stick, which we agreed with you.

With that consolation we continue looking for opportunities, but still remain somewhat cautious in this uncertain investment climate.