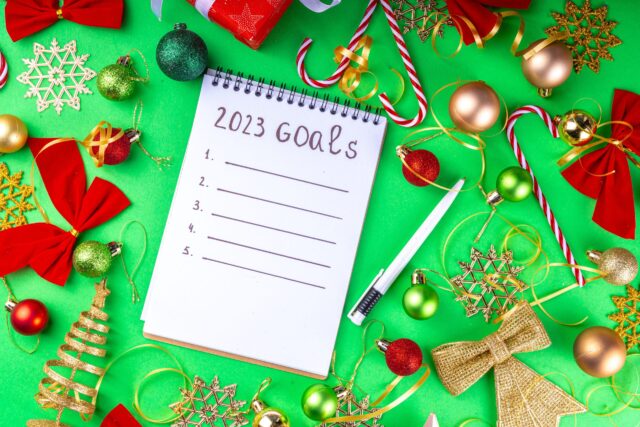 First of all, a Very Happy New Year!

1.
Starting with the chance of peace talks, maybe it does not look like it, but strangely enough I am optimistic that this will happen in 2023. For the simple reason that both sides simply cannot sustain a protracted war. Sufficient military personnel, material and especially ammunition are simply not available. This war cannot be won by anyone, because if Ukraine really gets the upper hand, Putin still has the nuclear option. Do we really want Ukraine to ‘win’ the war and threaten to completely humiliate Russia? A cornered cat makes weird jumps. Here I see a great role for the UN to help arrange peace talks after all kinds of mutual refusals.

2.
Does that mean a more generous supply of oil and gas? No, because so soon (even after a peace agreement) we really will not fall back into the arms of Russia again. The expansion of LNG facilities will continue for the time being: after all, we need to diversify our energy supply in Europe in a better way. The US, Qatar and Algeria are the ‘rising stars’ for our gas supply. And America was already the largest oil producer in the world.

3.
In the meantime, unfortunately, we will not be able to get rid of burning coal: very bad for the environment, just like wood burning by the way, but let’s call it a form of risk management. But not too long please. Nevertheless, all this energy uncertainty is a great stimulus for the energy transition, which will continue to move forward in full force. The solar energy now generated is breaking records and hopefully hydropower and wind energy will also follow suit: fortunately, many countries invest in it. It is often these forms of sustainable energy generation that make green hydrogen possible. And that will soon have to replace gas as the engine of heavy industrial processes.

4.
Can inflation fall? Yes, the moderation of prices that has already begun will continue. The recent decline in energy prices will soon be reflected in the official inflation figures. Take a look at the picture below of the cost of container transport. China is more and more opening up, the disruption in supply lines is over and global trade is cooling down. A question in this respect is whether parties that lower transport costs will actually pass these on in a lower pricing of the end product… or that companies may quietly raising margins?

5.
Then there is the fear of recession and lower corporate profits: I am indeed afraid that this wish will not come true. Central banks are still tightening the reins even further, afraid that their measures are too soft and thus creating a second round of inflation (their painful mistake in the 1970-ties). At the same time, the business community is already struggling with large stockpiles, afraid as they were to get not enough deliveries, while the consumer kept ordering. The latter has since come to a standstill: high energy prices forced everybody to take it a little easier. And so profit margins come under pressure: in the US it was still 13% in Q4 2021, a year later it has fallen to 11%.

Development of profit margins in the US

6.
But poverty is not a major issue now either: the tight labour market led to substantial wage increases. Moreover, governments are also throwing a lot of taxpayers’ money at it to alleviate the inflationary suffering of its citizens. So maybe it will remain a mild recession, but then central banks should not exaggerate their interest rate hikes. Because the business community, especially the big tech companies, is now cutting its job base considerably.

7.
Lower interest rates? From the above you will have understood that I am not convinced of the fulfilment of this wish. In 2022, investors were already far too optimistic on this point. Central banks are now doing everything they can to prevent this from happening again in 2023. For now, both the FED and ECB will continue to raise interest rates, to around 5-5.5% and 3-4% respectively for money market rates. Above all, they want the labour market to cool down and the wage-price spiral to be broken. Long-term interest rates already shot up in December to get used to this new reality. But the abovementioned short-term interest rates are still not yet priced in. So we remain cautious here.

8.
Lower budget deficits seem to be out of reach. Governments are spending as if there’s no tomorrow, but are gradually finding there is no such thing as free money… For example, Dutch 10-year interest rate rose from 0 to 2.9% last year. In the US it went from 1.3% to 3.9% and in Italy even from 1.2% to 4.7%. You would think that governments therefore would reconsider a next ‘spending spree’, but it seems that politicians mainly embrace the past: in the pandemic this was also a nice solution, wasn’t it?

9.
Rising stock markets? That would also be nice for a change. What ingredients do we need for this? We cannot immediately count on falling interest rates, as a stimulus for the stock market, but what about corporate profits? And by the incentives resulting from government spending? The latter is fine, although the business community runs the risk of being confronted with a higher profit tax. At the same time, as so often, analysts seem too optimistic with their earnings estimates for the new year. The consumer’s wallet is doing reasonably well, now that partial price compensation in wages and through subsidies offer relief. Finally, there is the PPI, the Producer Price Index, in short the input costs for businesses.

The decline in this index points to some consolation for profit margins, which have nevertheless been under pressure for some time (see point 4 above). I’ll just say that it will remain difficult for the stock market for a while, partly because of the anticipated further interest rate increases. Later this year, that will stop and by then the chance of peace talks have also increased.

10.
I admit, this last wish is a sign of weakness from a climatologic point of view, which stems from my old, romantic ideal-winter wish. It is now about 10 degrees on the Alpine meadows in Europe, where you often get mountain bikes touted instead of skis. Half of the 120,000 winter sports workers in France will have nothing to do. This trend is not your friend. Can you really plan a winter holiday? The Christmas holiday is now more and more too early in the season and the spring break is more and more often too late. The winter season will therefore become shorter and shorter, even in ever higher areas. These will soon get almost all customers, whilst winter tourism in low lying areas will practically die out. Only high up in the Northern Hemisphere chances for a white Christmas will remain good.

The year 2022 is over: in the last month we brought our slightly overweight position in equities back to neutral. We said goodbye to our tracker in Real Estate shares, which we had bought quite cheaply at the beginning of October. But structurally, there remain headwinds in this sector, both in the demand for shops and for offices. Because more people are working partly from home and that trend may continue in 2023.

In December, markets closed the year in the same style as they had done all year, in minor. But we can reassure you (and ourselves) with the fact that our results for the past year were distinctly less negative than the market average. The largest contribution to this came from our illiquid investments, as far as clients allowed us to do so. Infrastructure and Private Debt in particular even showed positive results in absolute terms.

However, outperformance is not our only ambition for 2023. Of course we want to do better than the market, but we also hope to offer you absolute progress. That is still a challenge, but the chances for it seem a lot better for 2023 than for 2022.

In any case, I wish you a healthy New Year!

PreviousA tour of the pitches
Back to overview