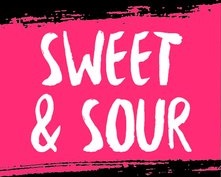 First the sweet, then the sour

It is the upside-down world of an economic crisis that does not want to become a financial crisis. Of central banks and governments that have gone “all-in” and are no longer taking good news for granted. Everything is pulled out of the woodwork, no support package seems too much, except those for Europe. Initially there were still some sour faces, also known as the ‘stingy’ four…. But no matter how incorrect that may be, Merkel will soon be smoothing it out. Together with Lagarde at the ECB, who really cannot do it alone, these two sweet-voiced ladies will help to close the European ranks again. As a result, nobody needs to feel ‘guilty’: after all, the debt takes on an entirely European character (!).

And speaking of guilt, this is also the sad sort of Hong Kong under the new security laws that “mother” China has imposed where just anybody can easily be found guilty of anything and everything. The relative freedom – which the former British Crown Colony has enjoyed for so long – now seems to be over forever. The typical international, predominantly British/Chinese atmosphere, will soon be just a memory that will evoke a lot of melancholia. These are sour moments for its inhabitants who yearn for past and promised freedom. An exodus to Singapore, Tokyo and London must be taken seriously.

Back to Europe. Just when that enormous chunk of European fiscal sweets is coming our way, the sour can finally start. Not that all that emergency support has already been consumed by companies and citizens. Certainly not, because hoarding up cash and growing reserves was in most cases the first, intuitive reaction. Under normal circumstances, rationalizations and the felling of dead wood from the old economy or from companies, would come first. And only thereafter would come the support of governments to pull the economy out of the doldrums.

This time it was the other way around: first the economy, citizens and companies were protected with direct income support. And only thereafter came the restructuring, the layoffs, the real decline in income and perspective. Let’s call that innovation, an economic crisis 2.0. And now we are entering that second, rather unpleasant phase, in which we will badly need our reserves. After all, we are tearing down parts of our old economy. We may structurally stay more at home and may want to become less dependent on other countries in many areas. This is going to hit global trade chains. And will have consequences for the aviation – and the international transport sector and thus also directly for the energy sector which was already in a difficult transformation stage from fossil to sustainable. Now a cold, forced rationalization will have to take place. Consider the huge write-offs at BP and Shell and realize that the landscape here has changed dramatically.

And what will the future for tourism, the travel industry and the catering industry look like? In many countries it was an important source of revenue with high employment rates, including our own country. Expect many casualties here. And what will happen to all those hotels that have sprung up like mushrooms? I suspect “nothing for the moment”, but if vacancies continue, turning them into apartments may well be their future… Shopping centers and office buildings that are less well located could also suffer the same fate.

There will be relatively many casualties in countries around the Mediterranean where income from tourism makes up a large part of the national cake. Even when a second wave of the corona virus does not materialize, I do not expect a massive wave of tourists, but I do foresee a large wave of bankruptcies. At the same time, banks are no longer collapsing as a result. They stocked up cash at -1% from the ECB. Nevertheless, the average citizen will suffer no less. Recent images from Curaçao, suffering badly from absent tourists, speak volumes.

Pretty soon, the self-assurance of finance ministers will again be tested. Many billions have been invested in airlines worldwide. Understandable from a national point of view, but from a global perspective, it looks very different. Scaling down will be necessary, like Boeing and Airbus who will make 40% fewer aircraft. After all, the origin of the problem is macroeconomic and transnational, like aviation itself, and therefore not just a national problem. Although a wet, cool summer can still work wonders…)

After their initial enthusiasm and pride, finance ministers will have to become more cautious. After all, budget deficits are exploding and even the most financially healthy countries cannot continue to spend at this pace.

So now it will be up to you, dear reader: just like after previous crises, you will probably still get a call from your Prime Minister with the request to pull your pouch and let the money roll. Perhaps readers of this newsletter can comply with relative ease, but for the majority of citizens this is not the case. These are the times when one thinks twice again before outbidding when buying a house or impulsively buying that new car.

And now over to financial markets. We have now largely enjoyed the sweet. We are still betting on the 2 ladies, especially Frau Merkel may be able to broker a deal for the European fiscal solidarity package. That would be quite a treat for the much weakened Southern European countries. We are also awaiting the second aid package in the US, which, surprise surprise, will come still before the elections. And of course we hope for a vaccine, with the sweet taste of victory over the virus. But according to experts, this will more likely be with us ‘only’ in 2021. The persistence of the virus now seems to slow the pace of economic recovery.

All in all, we keep in mind that despite their recent stamina, financial markets might be starting to turn sour. That is why we slowed down in the equity portfolio during the past month. We are now a bit underweight. On the bond side, we are pleased to see a continued recovery of corporate bond prices, both in the high and low quality segments. This also applies to our positions in Emerging Markets Debt. Now that interest rates in these various bond segments have fallen sharply again, we are resuming our efforts in the alternative area of Private Debt. The launch of a third feeder is underway: this will be a variation on our previous two feeders, which will now focus more on “credit opportunities”, in addition to a base of “senior debt”. In proper English, these are loans that have something about them, that have been (heavily) written down and that sometimes involve a debt restructuring. This is the phase of the credit cycle that we are gradually entering. It is through specialized funds again that we enter these markets. Their managers have been waiting patiently during all these past “booming” years, looking for opportunities.

And so we enter an unusual summer, where many of us will stay in our own country, often close to home. The freedom to move further afield already exists, but I suspect not many will make use of this as yet. In itself that does not have to be an ‘sour’ outcome. Home can also be a sweet spot, especially now that ties with family and friends can be enjoyed again.

PreviousGo to the start… ready?
NextThe die is cast
Back to overview