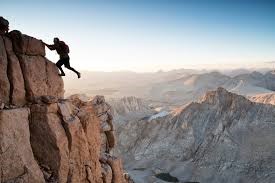 Finally a year without cliff-hangers?

Naturally, I’d like to start this newsletter by wishing you a relaxed and healthy New Year. Without virus worries but with the holiday that you have had to postpone a few times and with a bite in a restaurant or a little drink on a terrace every now and again. And without cliff-hangers, so with boring financial markets that show a quiet plus. Yawn! With governments and central banks, who continue to provide us with endless support, without ever being presented with the bill. Free money, forever. And why not buy yet another house…?

We all know intuitively that things do not work this way: we can almost feel the discomfort. Just take a look at the strong growth of our savings. Uncertainty is very much there. After all, we suddenly fell into a ravine in March and it took us the entire year to climb back up again. Each time there were difficult passages, mostly of a political nature: the emergency aid in the EU and the US, the presidential elections, Brexit. But the advent of the vaccine and our (lack of) discipline around the lockdowns were just as important. We have been seeing light at the end of the tunnel for a while now, but to be honest, we do not know yet how long the tunnel will be. How long it will take for group immunity to be achieved.

Stock prices tell us that we will succeed. Otherwise they would not have ended 2020 with a plus. But are they correct? This week there are the important elections in Georgia, where the Republican majority of the entire Senate is at stake. Polls are just polls, but the Democrats seem to be in the better position. Their main effort was to provide the young, unregistered African-American residents with voter registration. That may be the deciding factor. If they win both seats, Biden will have a majority in both the House and the Senate. And yes, the political deadlock will then be over, and the fiscal tap can be opened much further. And the national debt will shoot up even more. Just as it already happens in Europe and Asia.

The sustainability of sovereign debt is a highly fashionable subject these days. In the past, one would have regarded these fiscal jumps as very risky. Back then, it took almost a war situation for a country to get into so much debt. Now we act as if this is the most normal thing in the world: did your company need another billion or 2 or even 3? Just let us know…! And how many emergency aid schemes have we by now entered into? As if there is no tomorrow. And not because of the general elections in the near future (with a mouth mask and one may keep the red pencil). But because we fear that the previous emergency aid schemes would otherwise have been in vain.

In the meantime, unemployment keeps fluctuating at low levels and the number of bankruptcies is still limited. And various industries are waiting for the next tsunami of money to be poured out over them. Had one ever dared to predict this in advance? I certainly did not. The example we give (hardly anyone is allowed to go bust, which certainly will happen, by the way, especially starters), also has consequences for countries with more government debts. Say the Dutch national debt went from 45% to 65% of GDP. In Italy it rose from 135% to 160% last year. And this year it goes even further. That means that the common European debt of 2020 was only a start. If we do not want Italy to derail, the EU will have to become even more generous. The same for Portugal, Spain and again Greece. Notwithstanding all the issues with countries such as Poland, Hungary and Bulgaria, who participate substantially in all the extra support our Mediterranean friends are receiving.

But, I hear you say, as long as all central banks are buying up those debts, what difference does that really make? The answer lies in the economic recovery, a further weakening dollar, improving commodity prices and the risk of inflation. Broadly speaking, these four subjects are interrelated. Although few central bankers believe that inflation will really pick up again. But if the world can and will be set free again, it would not surprise me to see rising inflation. And as a result, central banks will have to put on the brakes one day and gradually reduce their purchases of government debt.

As we stick our heads back above the cliff, we are wondering how profitable this new year will be? Of course, the economy will soon improve if the vaccine is spread further. But won’t business taxes also be increased? To gradually repay all the emergency aid? And don’t we then get a reverse market dynamic? Instead of support after a relapse, will it be a tax increases after a recovery? Especially for the American stock markets this risk (also as a result of new regulations) is considerable, even more so if the Democrats were to take the majority in the Senate. But governments in Europe and Asia will also want to start putting their finances back in order. So yes, a cyclical recovery is likely to take place these coming years but the Uncle Sam’s and Aunt Ursula’s of this world will certainly want to see a decent chunk of their purchases being repaid.

Boring will our work almost never become. There is plenty of new financial development, which is worth investigating. For example, we are already at an advanced stage in selecting an European fintech platform that continuously buys and manages approximately 40,000 very short-term trade receivables with an investment grade rating. So good quality, widely diversified and short-term in nature. With a yield of 3-6%, depending on market conditions. Suitable perhaps for money which we could miss for a year or so.

To end, we wish you for this coming year a lot of light and freedom to enable you to do the things that you had to miss for so long. And that we may retain the good things from this crisis. Not everything will be the same anymore. That applies to your field, as it does to ours.

We all would have liked to again be able to shake hands with you personally, in order to convey our New Year’s wishes to you! Alas…

PreviousThe Golden Age
NextGame Stop or Game Over?
Back to overview