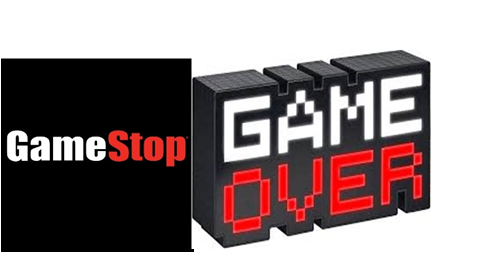 Game Stop or Game Over?

Many of us will remember the tech-bubble in the late 90s when the talk of the day was about shares and options of mostly new, often unknown companies, which hardly made a profit, if at all. That was an indication of all the things that went wrong afterwards. These days, mature central bankers and annoying youngsters are helping to blow bubbles. If you push one another on social media to catapult shares of loss-making companies like Gamestop towards Mars, you know it will soon be “game over”. But the money creation by our mature central bankers, still in the midst of a pandemic, is likely to continue for a while. And this, along with multitudes of adult politicians, of all political colors and from many countries, who keep government spending at unprecedented levels, is not going to stop soon. The spectacular growth of national debts will continue for some time yet. And the difference between short and long-term interest rates in the US is starting to widen again. Apparently, the market foresees that inflation has also passed its lowest point. And that debt creation always comes at a price.

So yes, crazy things are happening, especially in all sorts of technology segments, where special valuation levels may not be sustainable but are partly the result of a serious transition in society. Setbacks and stock market corrections are also part of this and should not surprise us. But fiscal and monetary stimuli will remain until the pandemic is over and the economy has recovered, when the youngsters are back at work or continuing with their studies. And be able to do other exciting things away from financial markets. This can prevent a lot of trouble.

Yet all the above only distracts from what it’s really about: Covid-19 and the battle over the vaccine. Because by now one can call this a struggle. The EU’s response to AstraZeneca says something about the panic that has broken out over  disappointing deliveries. Just as the expectation that the vaccine would bring redemption soon and install confidence in markets, the slowdown in production among the largest suppliers is bad news. Almost all countries will have to spread their vaccination programs over longer periods. The lockdowns may thus take longer and the economy can only ‘open up’ later. It will again become more difficult for the old, physical economy to re-establish itself and government spending is also in danger of being higher again. On the other hand, one could also argue that governments and central banks will hold the accelerator even longer to bridge this period. And that the relief after the vaccination is over, will literally lead to a major revival. Because mental fatigue is by now really starting to strike.

But we have to keep going. How much resilience do we still have and how much resilience do financial markets have? Bonds remain expensive and cash offers -0.5%. TINA, There Is No Alternative, then remains a strong argument for shares, but not at any price of course. Because stocks already seem to be richly valued and do not deserve an overweight position in a portfolio at these levels.

Still, TINA is not quite right. There are in fact alternatives in which we invest a lot of time and money: Private Debt, Infrastructure and alternative money market funds in the areas of trade finance/factoring, as we brought up in our previous newsletter. It is rarely game over for the goods trade, not even during a pandemic. But the rules of the trading game can change. Just ask the British. Goods trade requires a flexible, competitive attitude and perhaps that’s why the Chinese are so good at it. And perhaps this also explains part of the catching up of the Emerging and Frontier markets.

Finally the US, the country that brought Trump down and gets new opportunities under Biden. And is back on the global stage, immediately joining the climate agreement and with the extension of the nuclear arms agreement with Russia. Where scientists will once again play a role in government policy and the pandemic will really be tackled. And where serious, experienced, but often old politicians and experts give body to the new government. America is on its way back again. Perhaps it might at some stage have to surrender its hegemony to China, with great reluctance, though. But where ‘Game Stop’ threatened under Trump, it will never be Game Over under Biden.

PreviousFinally a year without cliff-hangers?
NextProvidence Capital supports initiative for fair and equitable distribution of COVID-19 vaccines
Back to overview