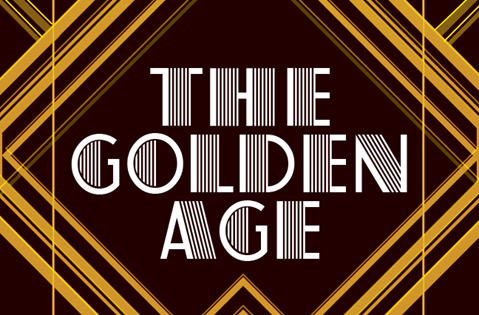 Special developments and achievements experienced during a certain period of time are often named “golden moments”… This was certainly the right description of the Dutch “Golden” 17th Century as well as for the City of London’s Golden Age as the financial heart of Europe. Both historic events now.

Last month was a golden time for stocks. European equities in particular were considered the golden choice. Relief over Biden’s win, considered to be Europe-friendly, was tangible. Also because Biden could possibly give Boris Johnson a push towards a soft Brexit.

The greatest relief, however, came from the side  of pharmaceutical companies as one promising vaccine followed the other. And while contagions hit new records, especially in the US and Europe, markets reacted euphoric with a gain of nearly 10% in November for the MSCI World equity index, a new monthly record. Current macro data, pointing to a fresh economic slowdown in both the US and Europe, was seemingly ignored. With the new vaccines as basis, the market seemed to have mined gold and apparently investors are now daring to look beyond the current malaise.

Snakes in the grass

But obstacles remain: the gold mine is still slippery and dark. First of all, we have those ‘cozy’ Brexit negotiations, which since the 2016 referendum still revolve around the same issues. As there are the UK’s sovereignty over access to the EU’s internal market and the maintenance of a level playing field. And of course being its own judge in these matters as well as being the master of all UK’s fishing grounds. After 4.5 years of wrangling there are only still a few weeks left, but who will blink first? It is the last golden opportunity that Boris Johnson must capitalize on to save Britain’s corona-ravaged economy. Even if his own political future may be damaged as was that of his predecessor, Theresa May. Whatever the outcome, the Golden Age of the British Empire is not very gracefully coming to an end.

At this side of the North Sea Channel we face some issues as well. Several Eastern European countries block the European budget, including the Covid-19 emergency funding. Which is especially frustrating for Italy and Spain, the countries most hurt by the pandemic. Italy, for example, will see its debt-to-GDP ratio rise next year from 135% to 160% and is voicing demands for debt relief to the ECB. That is impossible by law, but we should not be surprised to be haunted by this issue at a later stage. There is also good news from the EU, though. Finally there is an agreement on the ESM, the EU emergency funding for countries and banks. Banks are included now in the program on the condition that balance sheets (read: bad loans) have to improve further. This is especially a concern for Italian, Greek and Cypriotic banks. Italy had blocked the agreement so far, but changed its mind, probably as the country realised it might need such emergency funding at some later stage.

On the other side of the ocean the venom of the election still lurks in the tail: the last few Senate seats in Georgia, which determine whether it will be a Blue Sweep and if Wall Street could be hit as a consequence. Or will the status quo be maintained with Republicans keeping their Senate majority, holding back tax increases and new regulations. We will not know before 5 January or even beyond, when counting will finally have come to an end.

But citizens can no longer wait: 50 million Americans left last weekend to celebrate Thanksgiving. Two million of them even took a jampacked plane. In Europe, citizens long to go shopping, meet up with their family again or even with their colleagues in the office. It feels as if the golden vaccine has already been handed out. I would not be surprised if the recent lack of enjoyment will soon result into fully vaccinated trips, vaccinated parties and lavish consumption. Whether this will come in time for the catering industry and the countless other retailers cannot be determined yet. For many of them, life remains stressful. Whatever recovery we will see, for good old Debenhams, the British department store since 1778, it will come too late. Last week, this ailing retail chain went into receivership. Her Golden Age lies ages behind us.

Everything in life seems to have become expensive: from simple saving accounts to government bonds, already very expensive, to corporate bonds and junk bonds that are almost as expensive now as before the pandemic. House prices remain sky high and equities just hit new records.

Interesting therefore is the discussion that our central bank enters into with us as citizens: its president strives to increase inflation whereas, we citizens feel that so much has already become  expensive, especially housing. But housing is not included in the inflation statistics, but mainly old economy categories are.

And the old economy – even after its short catch-up -, is still lagging behind. Banks, insurers, oil stocks, all kinds of cyclical sectors, as well as commercial real estate, did rebound but are still licking their wounds.

Is the Golden Age really over for these old parts of the economy or are they eventually catching up? The curtain seems to be falling for banks and the oil sector. But the recent reaction of citizens indicate that people are yearning for a return of parts of the good old days. And likewise, that nobody wants everything delivered to one’s home every day and wants to be able to go out for dinner with friends and family and go shopping. Humans are social animals.

We cannot count on it that this will happen though we do hope to see a bit of this back in the coming recovery. But if everybody will indeed start spending again, will negative interest rates indeed be necessary? And will the Golden Age of Bonds that started in 1982, finally come to an end? And what does all this mean for the Golden Age of Housing? No, it is not all gold that glitters. In spite of the fact that these go-go policies by central banks might be with us for longer than necessary.

With this in mind, may we wish you a beautiful December and Festive Season, for some with glitter, for others perhaps more. Hopefully you can reunite as a family, as in the old days not that long ago, in those good old days.

PreviousElection special
NextFinally a year without cliff-hangers?
Back to overview