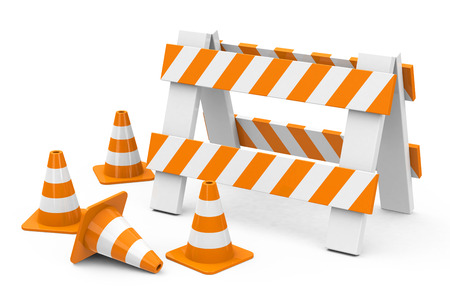 With a few dozen infections at the time of writing, the corona virus is  dominating the media and has become part of economic life. Stock market traders, by the way, seem to be the most contagious as they rarely got hit like this in one weeks’ time. The stock market suffers the most from the suffering it fears…

And if we do not all just continue – as we normally do with annual flu epidemics that rarely make the news – but now decide to lock factories, ports, convention centres and borders, we are simply creating economic stagnation. We call this self-fulfilling prophecy a shock from the supply side of the economy, when it is being blocked and unable to function for a while. Demand is still around but it cannot be satisfied for a while. Of course central banks can lower interest rates (even further), but no one will not open a new factory or will it end the virus threat as a result. Politicians will also want to make a goodwill gesture by throwing in  money, like in China and Italy. That feels good but does not help a great deal if one is not allowed to go to work, but then again, who will complain?

Previous experience with the SARS virus – very similar to the corona virus – learns that lost production will most likely have been made up for again in a few quarters time after the virus has been contained. Before, however, many companies may have fallen victim when for instance the resumption of their cash flow came too late or a much needed credit was not granted in time. If we were to sit still longer on our hands, the chance of a real recession will obviously increase. But let us not be too pessimistic for the time being. Stock market traders are doing that for us. To get markets down by 10-15% after a week of stress needs quite an achievement. We on our side considered many markets already too expensive for some time. But at the end of last week’s massacre, late afternoon on Friday 28 February, we decided to buy back some positions and increase our holdings from an average 8% underweight position to 4%. A more neutral valuation deserves a more neutral positioning.

The virus has reminded us again how quickly sentiment can change. From “himmelhoch jauchzend bis zum Tode betrübt”(*) within one week. Many investors kept being too optimistic during the stock market rally that kept on going. We therefore do not expect that optimism will return just like that. Like the virus, this relapse must first come to an end, which will take time.

Time, in which more bad news will follow about faltering economic growth, let alone faltering corporate profits. Volatile stock markets will therefore not be a thing of the past. In the meantime, we will keep our cool, will not sit still and try to seize opportunities. Panic is a bad counsellor, but other people’s panic is often a good tool for timing contrarian investments.

(*) A mood change from “Heavenly rejoicing to Cast down to Death”…

PreviousTouched by the virus?
NextGo to the start… ready?
Back to overview