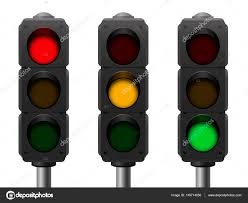 How code red gave us the green light

In last months’ column, I stated that we would decide to an ‘overweight’ position in equities only at much lower prices. This statement became reality very fast by the market turmoil in December. Whereas upward price movements usually occur steadily, downward movements tend to show a wilder pattern: fear of losing money often leads to nervousness which escalated in December to downright panic. This didn’t happen on the basis of sudden negative economic news. Political unrest in the UK (Brexit) and certainly also in the US created substantial volatility in already nervous equity markets. Around Christmas, this all culminated into some sort of capitulation, with prices deep ‘in the red’. This was for us the trigger to switch the ‘signal’ to (light) green and start buying equities. For a first time since years we increased our extremely low weighting in the US by buying global index trackers (>50% US stocks), next to a number of European index funds. You will remember that we had been worrying about the very high valuation of US stocks and in particular the big Tech stocks like Apple, Facebook, Amazon and Google. Presently, they are quoted around 30 – 40% lower since the end of summer and even today they’re not dirt cheap. Nevertheless, the excess valuations have disappeared, in our view.

A ‘contrarian’ investment strategy, i.e. buying when others are selling, feels good, though one only knows much later if one is rewarded for one’s courage. So what’s the status of the 4 major problems? Do they give us reason to become a bit more positive? Italy and Brussels have at l(e)ast compromised and 10 year bonds are quoted at 2,8% instead of the previous 3,8%. Speaking of interest rates, the FED has more or less apologised for its latest hike, which angered Trump (who shouldn’t get involved at all…). So for the time being, we don’t have to worry about much higher interest rates in the US and as a result, long rates came off here in Europe as well. That means that 2 major issues remain at the end of a rather disappointing year: that lovely, harmonious Brexit process and that charming trade relationship between China and the US…..

I will not write more on the first subject (“keep calm and carry on”) but on the second subject we notice that delegations from both parties will meet again in January. In the meantime, the Chinese have taken already quite a number of measures: the import tariffs on US cars has been substantially reduced; at the same time it has become increasingly easy for a foreign corporation to buy a majority stake in a Chinese company or joint-venture. With the result that China is making substantial moves to open up its markets. The question of ‘Intellectual Property’ will still require firm negotiations, but the door has been opened and slowly opens up more.

This doesn’t mean that the global economy has been climbing out of the ‘dip’ that I described last summer: investors and entrepreneurs tend to wait till their spread-sheets have gone haywire and in – and export tariffs are all over the place. Only after the dust has settled and one starts to get a feeling for what’s next, do entrepreneurs accelerate. In my opinion, this is what will happen next, but let’s first wait and see the economic and corporate results of the 4th quarter, which will probably still disappoint outside the US. The first quarter of this New Year doesn’t look very promising either. But once the trade disputes between China and the US is settled and Brexit has not led to a disaster, the world can get on with things.

Not that the whole world has been waiting for these major issues to be resolved. At the end of December, a new Trans Pacific Partnership was closed between a number of countries on both sides of the Pacific, between Japan and various Asian countries without China, and between Australia and New Zealand till Peru, Colombia and Mexico, without the US but including Canada. An important number of countries from the New World have now skipped their common trade barriers. This will lead to substantial trading impulses that could make even Trump doubt if he shouldn’t still join this group of countries that he left last year with much noise…

Let this be the good news for 2019: the world keeps on turning. Even when the   US under Trump is withdrawing from the global stage – both on a geo-political level and as far as climate-change is concerned – the world and life goes on and others will pick up the baton. More so, they will start filling in the gaping hole with their political and economic weight. America’s hegemony on the global stage is waning and we should all get used to this. 2019 doesn’t have to become another disappointing year from an investment point of view. Many worries have already been priced-in.

PreviousBright spots
NextBack to Goldilocks?
Back to overview