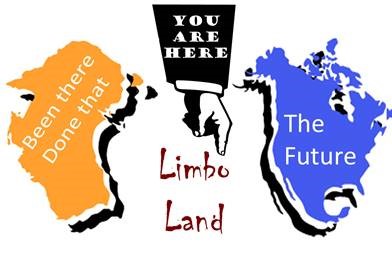 From Goldilocks to Limbo Land? And then back to Goldilocks?

Markets are numbly floating on, this springtime. With only a few barriers and sometimes a rapid, but few markets really dried up. Especially the US continued to grow in her own Goldilocks scenario, with job creation continuing. In Asia and Europe, however, the pace is slower whereas Japan and Korea have already slowed down. The largest economy, China, was substantially stimulated by extra liquidity, initially not to everybody’s liking, as their existing mountain of debt was already impressive. But Trump and Trade caused too much pain. So much of this pain was visible that one does not have to be an economist to conclude that the country had entered a period of recession last year (7% growth would only be 6% in 2018, but that is pure propaganda). Not only was lending increased to the cyclical market sectors like construction and capital goods but next to that, China also wants to improve her position in international trade. Europe and Africa are getting an increasing amount of attention from Beijing, and in places where the US constitutes a barrier. The invariably weakest countries are being treated to substantial (though not always advantageous) financing and investment proposals. Greece, Portugal and Italy have already fallen for Chinese money, just like a host of African nations, that have already borrowed substantial amounts. Recent ‘partners’ to China include poor Montenegro and Croatia.

Some countries, like for instance Italy, do not need Chinese money to get into trouble. They harbour enough local talent. Last fall they talked themselves out of a budget conflict  with the EU (who else then French Euro Commissioner Pierre Moscovici let them get away with far too optimistic growth scenarios) whereas by now, debt predictions have been upwardly adjusted. So yes indeed, this ‘basic-income-for-everyone’ is already a major success! But NOBODY knows how to solve the inevitable next conflict with the EU and financial markets. Greece at the time was a relatively small debtor towards the EU and ECB and had little to say in their negotiations, but Italy? It is such a large debtor that the ECB will have to give in. Italy will become the “to be or not to be” event for the Eurozone.

Speaking about ‘giving in’: Macron noticed that Marine Le Pen is ahead of him in the polls for the European elections so he has given in to the ‘Yellow Vests’: taxes are being lowered, pensions rise and nobody in Europe said a word. Italy and France do have the luck that Brexit is taking everybody’s attention. With again NOBODY having even the faintest idea where this will end. The political circus in London has meanwhile been resumed. At the same time, the German economy is trying to re-invent itself, especially the important car industry which is costing a lot of money, sweat and tears. At the time when additional personnel is very hard to get in Northern part of the Eurozone, the ECB is seriously considering new forms of negative interest rates to help pull the Southern part out of her Limbo situation.

Back to China: the recent upturn of the internal economy, thanks to all the stimulate, seems to have reassured the Politburo: a further credit easing would no longer be necessary, it was heard in Beijing and stock prices dropped somewhat. All this makes me conclude that on a global level, we’re all hanging on the drip of the Central Banks that are providing us with free money or on the budgetary IV of countries that are giving us tax favours. A spontaneously increasing economic growth, with inflationary pressure and increasing interest rates that used to indicate the end of an economic cycle, are images of the 70-ties, 80-ties and 90-ties of last century.

The China story is an important one, as for many strategists it forms the basis of their positive view on the global economy and on the recovery of equity markets outside the US. Without this Chinese impulse, Europe would be slowly muddling along like many an emerging country would perform below her potential. But next to international trade there is another growth component in Europe: the consuming citizen who sees his spendable income rise and indeed spends more as a result. It is the consumer that has kept us so far out of a recession and out of Limbo Land.

As far as global trade is concerned, China is making the difference between Goldilocks and Limbo Land: if China and the US stop arguing (and that is not the case for now), close a new trade deal and China also keeps its domestic economy going, Europe and the Emerging Markets could be hitching the ride. Even if the superlative master of Limbo Land, the UK, keeps stumbling along in her own Brexit swamp. A global economy does not favour a wait and see attitude and that remains the largest risk and for that matter the most important reason why we are not ‘more than neutral’ on equity investments and ‘risk assets’.

In the meantime, we continue to enlarge our positions in ‘Private Assets’, namely Infrastructure and in Private Debt: quick results as with our equity positions in the first quarter will not be achieved in these asset classes. Their valuations are gradually adjusted in the real economy and certainly not as fast and abrupt as in financial markets with their daily price-fixing mechanism.

To finish, may I greet you, from a Springtime that has spent some time in Limbo Land, in a wintery disguise. This period will however be short lived, is my considered prediction. For a decent economic spring, politicians and entrepreneurs are the ones to make moves now, in that sequence. Let us hope that they are able to leave Limbo Land soon and give the necessary impulses to move forward. Back to Goldilocks, I hope.

PreviousFirst one loses hope and fear follows
NextThis way or that way?
Back to overview