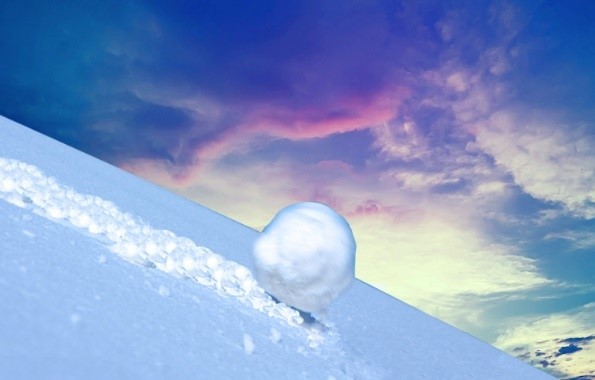 If you would be the person making decisions on emergency credits to countries, would you lend 50% of available funds to Argentina? No, you would not, but the respectable IMF would, in fact did. “Last year, nobody was around or in a position to tackle a problem of this magnitude, except for the IMF”, Madame Lagarde explained, “we had to act with size”. Why those countries’ creditors had to be saved by you and me, she did not explain. Weren’t it the creditors that took the risk that this country would go bust for an umpteenth time? With the result that it is now the IMF that is risking to lose to the tune of $ 57 billion: Argentina went into default and issued capital restrictions after a run on the banks by the population to save some of their meager $ reserves.

These past weeks, the trade war between the US and China heated up again: import duties and targeted product groups are getting bigger and bigger. It all does not seem to influence financial markets any longer as if they are getting bored by the subject. And of course, the US consumer does not pay the price ;-)! This lie isn’t just funny because of its stupidity. It also takes away the FED’s worry for inflation rising too slowly. As a matter of fact, import levies only lead to dollar for dollar price increases. If Trump had envisaged to get both China and the FED to their knees, he could well have shot himself in the foot. The FED could obviously neglect the increasing inflation and concentrate solely on economic growth, but has hinted before that that’s on Trumps plate.

Grand, almost Churchillean, are of course the actions of the other blond bloke, Boris Johnson. For those who do not yet know all about the ‘off-site’ rules in soccer, this could be a valuable lesson. Before the country will place itself in an off-site position for the next decades, parliament, which under normal circumstances would decide on these matters, will be put in an off-site position for a month. Just imagine when they would be in a position to decide! What an affront to this oldest of modern democracies in the world. Grand will be the downfall as will be the statue of the British PM, that seems to enjoy the storm. If he is not being stopped by that same parliament just before the finishing line. And even in this scenario, financial markets hardly react nervously. I can imagine a last minute call for an extension, as was the case with May last spring. But would Macron give in again? I can hardly imagine.

With the inherent risk that Northern Ireland, Scotland and Wales would want to leave the Union and join the EU, at some stage. I would think they would be more then welcome.

Grand too was to be the victory of Salvini, at the elections that his rivals now seem to have prevented. Proudly he paraded on the Italian beaches to literally do the warming up for these elections. Hallucinated he seemed already by his own success. There might be some good news for this gut-eater. His opponents hate each other with a passion which they will not be able to hide for long, so the mudslinging can start all over again. Most likely there will be new elections – for the 2000th time after JC – and you and I will find out again who will work out the massive Italian debts… Exactly, the new President of the ECB…

At the same time, Lagarde will increase her gains on your saving rate (yes, do read well) and will tighten the rope on the banks: I am expecting the deposit rates for banks to be lowered from minus 0,4% to minus 0,5% or even minus 0,6% this coming month. Which will be followed by banks introducing a negative rate on your savings account, something like minus 0,2%. So what to do? I asked around and the answer was not anything grand nor compelling, but a sober: “just paying off the mortgage”. And do make a nice little positive yield. Because rates for 10 year Government Bonds have meanwhile passed the minus 0,5% and even 30 year paper is quoted with a negative yield. Pension funds will soon have to cut their monthly payments to pensioners, unless politicians come up with a grand decision. I am afraid this issue is stuck in the mud.

Big attention was paid by the media this past month to the topic of recession fears. However, I paid quite some attention to this issue in my previous newsletters so no news for you there. As Europe worried most on this issue, the US Dollar knew to evade her interest rate reduction and was quoted below 1.10 against the Euro at the time of writing.

To end, a word on our investment strategy. Our confidence in markets has decreased these last months which is reflected in our weightings in equities. We have lowered these again in August to now 10% below the average risk profile, that differs of course for each client. Share prices have come off, not in a spectacular way however, so the result of our lower the equity allocation is modest. At the same time, we all suffer from the declining interest rates: at these levels, we are holding few Government bonds nor much interest rate risks in the portfolios. The current environment is however well suited for those who can exercise some modesty, a rare quality these days. Let us hope it will lead us somewhere.

In this spirit I greet you, also on behalf of my great colleagues,