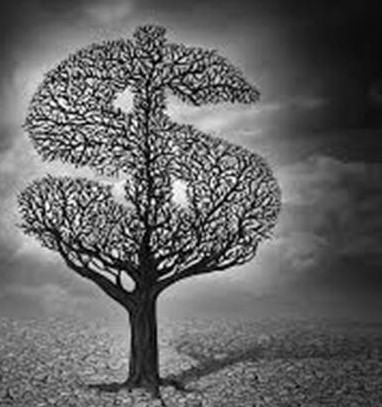 When the leaves fall…

Dark clouds gathered during the month of October. Almost all imminent problems escalated: Italy, the trade wars, Brexit not to mention the interest rate hikes by the FED. Not that these problems were new, but they seemed to finally reach investor sentiment in earnest. It finally seemed to  crack. Emerging Markets had ‘broken’ already earlier in the year and consequently dropped less. This time the Tech-sector in the US was leading the drop in the Developed Markets. It was the long expected and hoped for – at least by us – ‘catch up’: we were underweight US (growth) stocks for some time already in our portfolios so we could – relatively speaking – use this….

We could not find much consolation in European markets either. Weakened already by Italy, Brexit and the negative macro-economic indicators, markets didn’t react much better on the substantial drops in the US markets. Would the European underperformance now come to an end, as far as market sentiment is concerned? Rumors are increasing that a Brexit deal might be close. In Italy, one can just hope for more of a sense of realism by the Italian Government. However, the differences in valuation levels and dividend yields show some room for cautious optimism. European stock markets are today quoted at around 13x (expected) profits of 2019 against the US at 17x, with dividend yields at around 3% and 2% respectively. In Europe, short term interest rates will remain at around 0% next year, in the US it will climb to 3% and more given the continuing growth prospects. A strong US$ will support European exporting companies and will result in headwind for their US

How serious could and should we take these? Recently and often randomly introduced trade tariffs are throwing sand in the wheels of global trade and might also blur the vision of analysts in making profit forecasts. We probably all realize that we are nearing the end of the economic cycle that is still keeping so many people busy. Economic activity is still causing traffic jams and it’s still hard to find a builder to redo one’s house. Nevertheless, share prices have started to slide as forecasts for future profits are being revised. This was also the case in 1999, though valuations in those days were more extreme. Sentiment then was ridiculous and international blue chips were quoted at 30–40x earnings.

The Nasdaq bubble then – without corporate earnings – was far worse than it is today. Now companies do earn money, though they might be over-valued and losing some of their aggressive growth profile, as Apple, Amazon and Google showed recently.

So we’re in the middle of a solid correction, having lost almost all equity gains for the year. Except for the US$ or our illiquid investments that quietly keep on growing. We will need our illiquid investments for a longer period of time to see us through the interest rate ‘draught’. As long as the Italy-issue remains unresolved, the ECB might well be more reluctant when considering her interest rate policy than Germany or the Netherlands might prefer in view of their economic situation. Not to speak about the situation in our real estate market. But as a consequence of the monetary union, we’re ‘in there together’. That is, as long as Italian politicians and their compatriots keep it that way. Let’s hope they will compromise when re-considering their budgetary plans.

In spite of deteriorating macro-economic issues, the ECB is sticking to her policy of ‘tapering’, the gradual reduction of her bond purchasing program. Should economic growth slow down further, they could well decide to continue buying bonds for a bit longer. We’re therefore not yet cheering to our choice to underweight Dutch and German Government bonds. Of course it hurts to see that rates still haven’t moved up. On the other hand, we couldn’t bear the thought of having bought government bonds with long maturities at yield levels of only 0,5%. That’s the way it is and we prefer to be invested in Funds investing in bonds with short maturities and alternative investments in the Private Debt arena that will help us through this extended period of ‘interest draught’. In the Private Debt area, we are now almost fully invested in “senior secured” US$ loans to US based SME’s with a net targeted return of 6%, in US$.

So what’s next? When the leaves have fallen, is that again a sign that winter is nearing? It seems that Trump’s trade policy is indeed slowing down and cooling down global trade. And it’s still cold out there. Worse still, Trump is threatening to implement more measures against especially China whereas Europe and Japan were relatively better off. The good news is that part of this has already filtered down in current valuations. This is certainly true for Emerging Markets after having suffered a 25% decrease this year. We have therefore decided to add somewhat to our EM exposure. The same is true for our European stocks that are trading almost 8% below the level at which we sold them in June. In this way, we are returning more in the direction of a neutral position in our equity holdings. This is not because we are cheering all economic and geo-political prospects. It is because a lot of misery has been ‘priced-in’ and because we see a few lights at the end of the tunnel.

Whether we will become downright positive on equity investments will not be easy in this “mature bull market”. But the more the leaves are falling, the more chances might appear.